At the heart of our operation is a multidisciplinary team with expertise in economics, equity and bond markets, financial mathematics, information technology and compliance, with an average of over 20 years of experience in capital market.

Bryan joined the firm in November 2011 and draws on 18 years of broad-based experience in the financial industry, including the management of alternative investment strategies, investment banking, mergers and acquisitions, and including corporate and business development with emerging businesses. Prior to joining Crystalline he was Director and COO at a Canadian hedge fund, and before that was VP – Strategic & Corporate Development, at a life-sciences company.  He holds a Master’s degree in International Affairs from the Norman Paterson School of International Affairs in Ottawa, and graduated with a B.A. in Sociology and Business & Commerce, from Dalhousie University. He is a member of the Institute of Corporate Directors (IAS) and holder of the IAS.A designation, the director education program (DEP) offered jointly by the IAS and the Rotman School of Management. from the University of Toronto.

Co-Chief Investment Officer & Chairman of the Board

Marc founded Crystalline Management in 1998, after 14 years at the Caisse de dépôt et placement du Québec (CDPQ), the largest institutional investor in Canada with then over CAD$ 120 billion in assets, where he occupied increasingly senior investment management positions covering more than half of the Canadian equity market sectors. In 1994, Marc initiated the creation of the first Convertibles and M&A arbitrage portfolio within CDPQ which he managed until he left to found the firm. Crystalline Management Inc. started its operations on July 1st 1998 with the inception of the Amethyst Arbitrage Fund, for which he is Principal Manager. He was awarded a Master’s degree in finance in 1984 from Laval University (Québec City) and earned the CFA Charter in 1986. Marc has in-depth knowledge and experience of arbitrage fund intricacies and mechanisms, as well as opportunities and risks associated with Canadian markets.

Bradley has been with the Firm since June 2004 and a partner since 2006. Prior to joining Crystalline, he worked for three investment dealer firms from 1994, where he specialized during the last few years on serving the needs of the hedge fund arbitrage industry in Canada. Bradley graduated from McGill University in Commerce in 1992, and earned both the CFA Charter and Fellow from the Canadian Securities Institute in 1998. His expertise in convertible securities and knowledge of the North American market continues to contribute to the quality and depth of the firm’s investment process. Bradley is a co-portfolio manager for the Amethyst Arbitrage Fund. He is a member of the Institute of Corporate Directors (IAS) and holder of the IAS.A designation, the director education program (DEP) offered jointly by the IAS and the Rotman School of Management. from the University of Toronto.

Mathieu joined the Crystalline team in July 2012, bring his specialized expertise in fixed income markets, arbitrage, and global economics. He began his career as fixed income and currency derivatives arbitrage trader at the Quebec Ministry of Finance and later at PSP Investments. In 2009 he was recruited by Natcan as Vice President Fixed Income, responsible for various mandates including international (G7) instruments, structured (mortgage-backed) products, and numerous credit instruments. Mathieu is a CFA charter holder and received the Derivative Market Specialist (DMS) Designation. He completed his MSc in Finance in 2002 from the University of Sherbrooke, where he has been frequent lecturer in the Finance Department. He has also been a frequent guest speaker at prominent industry events hosted by organizations such as the Canadian Pension and Benefits Institute (ICRA), the International Foundation of Employee Benefit Plans (IFEBP), and the Alternative Investment Management Association (AIMA).

Papy joined the company in 2007. He holds a bachelor degree in econometrics from the Université des Sciences et Technologie de Lille, Master’s – International Financial Analysis from Ecole Supérieure des Affaires de Lille, and completed the courses of a Master in Science – Financial Engineering, from HEC Montreal. His expertise in financial and econometric mathematics is put to work in the identification, analysis and validation of investment opportunities for the Amethyst Arbitrage Fund.  Holder of the CFA title since 2011, his expertise covers convertible securities & merger/acquisition arbitrage, as well as other equity quant strategies.  Before joining the firm, Papy worked as credit analyst for the Banque of France.

A 2004 graduate of the Faculty of Accounting Sciences of the University of Quebec in Montreal, Lilia joined the Cristallin team as a portfolio accounting technician. Quickly learning the company's operations and easily adopting its activities, she began corporate accounting for the subsidiary Crystalline Management International Ltd in 2005 and subsequently became the senior accountant of Gestion Cristallin in 2011. In 2012 , successfully completing her academic journey, Ms. Soukiasian obtained her accounting designation and became a member of the Order of Professional Accountants (CPA). Since then, she has been the controller of the consolidated entity and she continues to exercise several functions within Gestion Cristallin by becoming more involved in the organization, planning and management of the company's activities. In addition, in 2021, she was appointed to the board of directors of the company as its treasurer, thus guaranteeing the sound financial management of the latter.

Claude (McGill MBA) was appointed to the Board of Directors in 2004 after a career spanning several senior positions in the capital markets including at Midland Walwyn (later Merrill Lynch) as Senior Vice President, Marleau Lemire Securities (later Dundee Securities) and several large Canadian organizations, including CN Express as President, Dominion Textiles as VP and the Faculty of Economics and Administrative Sciences University of Quebec at Montreal as Dean.  He is a prominent figure in the investment management community in Quebec, and is actively involved in Crystalline’s business development and strategic initiatives. 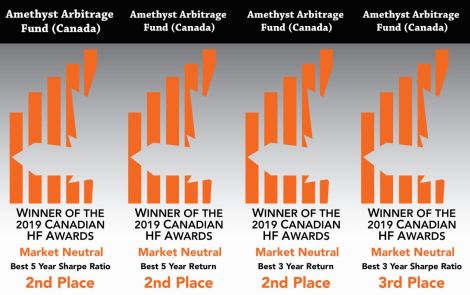